Mrs. Kathy Lebrun has been trained on The Hanen Program, and has learned the techniques of ABA therapy over the years.
She has an ample knowledge on nutrition which is a key element in the recovery of children on the Autism Spectrum Disorder. She is CPR certified and speaks fluent French and Spanish.

Mrs. Kathy Lebrun started her journey to the World of Autism in 2008, when her second son Marvin was diagnosed with ASD (Autism Spectrum Disorder) at the age of two years old. After the initial first shock of learning about her son’s condition, her mother’s instinct took over! She was not going to sit there and do nothing about it; instead she was going to learn everything she could possibly put her hands on about autism and bring back her child to our World. It was quite a journey! Her husband used to drive 100 miles per day to take him to his multiple therapies, LEAP preschool and babysitter! They eventually got him to start saying a few words…he even said “mommy” for the first time when he was three years old.

Thank you for contacting us! If needed, you will hear back within 48-72 hours. 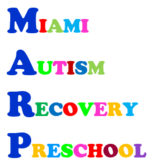 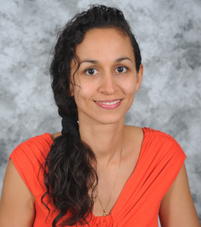 But during all that time her son was sick. He had this constant cold that would never go away. His stomach was so bloated he looked like he was suffering from malnutrition. No doctor could tell her what was wrong with his health. They kept giving him the same medicine that would never work! But everything changed the day she drastically modified her son’s diet. After removing dairy and gluten, Marvin’s “eternal” cold faded away within a month, his stomach came back to normal and the best part of all, he turned around when called by name!...it was a break through, and she knew she finally found a way to potentially recover him from autism. So she dove into the world of nutrition and learned everything she could possibly learn about it. It was a complete 360 turn around for her entire family’s dietary habits. Marvin’s health, behavior and abilities to learn improved tremendously thanks to the combination of ABA therapy, speech therapy, occupational therapy, social interaction and nutrition. This was definitely the winning formula to put her son on the road to recovery.

Marvin was her greatest teacher and biggest inspiration to come up with the unique concept of MARP. A preschool like no other, which ultimate goal is the recovery of each child. “It takes a village to raise a child”, and even more to raise an ASD child. But with the common efforts of parents, teachers, therapists and dietary changes, the hope of recovery is within reach!